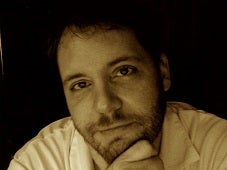 Gregory S. Brown, Ph.D. is an adjunct professor in CANZPS and Senior Analyst at CENTRA Technology, Inc., where he focuses on the analysis of transnational and emerging national security issues. He has served as a consultant and editor for the Millennium Project's Global Challenges Program on Transnational Organized Crime (2012-2013), a Research Fellow in the Australian Centre at the University of Melbourne (2001-2002), and an Australian National University Parliamentary Fellow in the Office of the Shadow Minister for Immigration and Multiculturalism in Canberra (1999). Brown's academic work in political demography, comparative migration policy, and diaspora politics has been highlighted in The Economist, The Australian, and the New Zealand Herald, and has been published in the Georgetown Journal of International Affairs, Political Science, and Australia's journal of demography People and Place. At Georgetown, he regularly serves as a moderator at the annual Marino Family workshop for incoming freshman and has served as a faculty reviewer for Fulbright, Marshall, and Truman Scholarship candidates. Brown has held other teaching and research appointments at Southwestern University and the University of Texas at Austin where he was an Outstanding Graduate Instructor Finalist in 2003 and received his Ph.D. in Government in 2004.