Title: The Legacy of Nuclear Testing in the Pacific 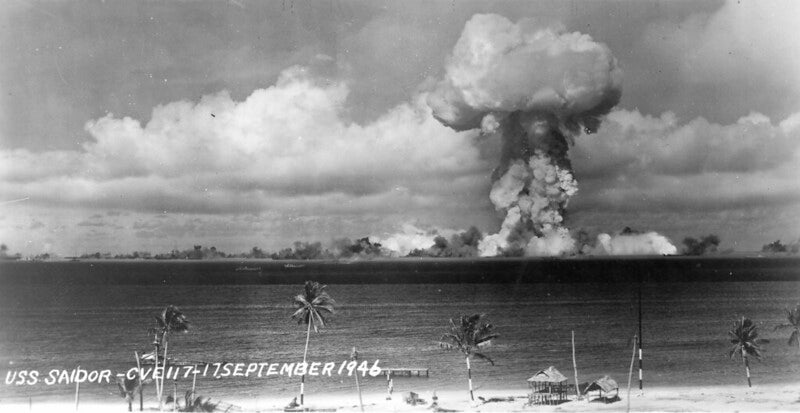 Starting in 1946 the United States, followed by the United Kingdom and France, began long period of nuclear testing the Pacific. One hundred and five atmospheric and underwater tests were done by the US, the UK conducted 21 tests in Australia and Kiribati, and France completed between 175 and 181 tests. As a consequence, people were displaced, environments were poisoned and whole populations were forever changed. Yet, outside of the Pacific the multi-generational story often goes untold.

The impact of those tests continues to be felt by the people of the Pacific Islands. Remediation of many of these sites remains an unfinished task, and the legacy of nuclear testing in the Pacific will persist for generations to come.

On June 18, 2020 the Center for Australian, New Zealand and Pacific Studies Pacific Islands Roundtable hosted two speakers to examine the consequences of these nuclear tests.

His Excellency Gerald Zackios, Republic of the Marshall Islands Ambassador to the United States. Prior to taking up his diplomatic appointment he served as RMI Attorney General from 1996 until he won a seat in the Nitijela (Parliament) in November 1999 representing the people of Arno. He was appointed to serve in President Note’s Cabinet, first as Minister in Assistance to the President (2000-2001) then as Minister of Foreign Affairs (2001-2007). Mr. Zackios served in the Nitijela until 2012 with his last appointment as Vice Speaker of the Nitijela from September 2011 to January 2012. During his tenure in the Nitijela, Mr. Zackios chaired and served on various Committees. He was also the Chief Negotiator for the Compact of Free Association between the RMI and the United States during its renegotiations in 2001-2004. He also served as Vice Chairman of the Joint Economic Management and Financial Accountability Committee (JEMFAC), and Vice Chairman of the Trust Fund Committee in 2003-2008.

Nic Maclellan, works as a journalist and researcher in the Pacific islands. He is a correspondent for Islands Business magazine (Fiji) and other regional media and has written widely on environment, development and demilitarisation in the Pacific. He was awarded the 2015 “Outstanding Contribution to the Sector” Award by the Australian Council for International Development (ACFID). He is co-author of a number of books on Pacific affairs, including: La France dans le Pacifique – de Bougainville à Moruroa (Editions La Découverte, Paris), After Moruroa – France in the South Pacific (Ocean Press, New York and Melbourne) and Kirisimasi (PCRC, Suva). His latest book Grappling with the Bomb (ANU Press, Canberra) – a history of British nuclear testing in Kiribati – was shortlisted for the EPAA “Scholarly Book of the Year” in 2019. 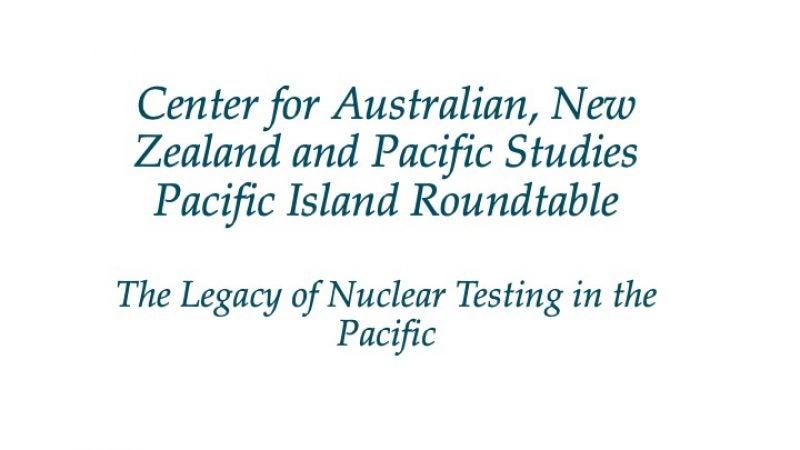