The tragic story of the measles outbreak in Samoa helps to shine a light on some of the challenges facing Pacific Island countries (PICs).  It also serves as a proxy for the kind of tests to be faced by those who pursue a free and open Indo-Pacific.

Samoa, with a population of around 200,000, has witnessed an explosion in the number of cases of measles.  At the time of writing some 70 people, mostly children, have died of the infection.  The deaths were needless, as an effective vaccine has been available since 1963. The putative cause of the rapid rise in the cases of measles stemmed from the story of two infants who died in 2018 after they were inappropriately dosed with the measles vaccine. The medical staff injecting the infants used an out-of-date anesthetic to reconstitute the vaccine so that it could be injected, and the injected infants died shortly afterwards.  The backdrop to the story, however, was a low-level of measles vaccination across the country.  In 2018 the WHO reported vaccination rates for Samoa were at just 40%, in 2017 the rates were around 80% and in 2016 the rate was 77%.  That measles has become a significant problem for Samoa comes as no surprise.  In 2017 the WHO published the Samoa–WHO Country Cooperation Strategy 2018–2022, which included this observation: “Recent evaluations, however, have shown a need to increase measles, mumps and rubella (MMR) coverage and reduce dropouts from immunization services.” Tragically, the measles outbreak of 2019 seems to have been largely predictable.

Predictable, yes, but easily resolved, no.  The WHO might well flag low inoculation rates as worrisome but taking effective action to improve outcomes represents a far greater challenge.  At the heart of the low vaccination rates in Samoa are the dual problems of human capital and social trust.  Having an adequate number of trained medical staff, adequately resourced, is a problem throughout the developing world.  The death of the two infants added to the problem, creating mistrust in the minds of many.   Layered on top of this was the presence of anti-vax views propagated both person to person and through social media. Taken together these factors made managing a threat to public health more difficult.

As tragic as these events are, they should also serve as a visceral reminder to US policymakers.  Around Washington, a not infrequently heard claim goes something like this: “if we can’t counter Chinese influence in these small Pacific states, then, where can we?”  The logic behind such assertion is that small equates to easy.  Yet, the story of the measles epidemic in Samoa should serve as a warning to glib policymakers.  Small populations do not translate into easy policy solutions.  The challenges faced by public health workers and policymakers in Apia are complex and neither easily nor quickly resolved.  The people of Samoa, just like those elsewhere in Pacific Island countries, face numerous challenges. Some of these are of their own making. Others—like climate change—are made elsewhere.  None of those problems can be whisked away.  Supporting the people of the Pacific in addressing these challenges is the best way forward in assuring a free and open Indo-Pacific. 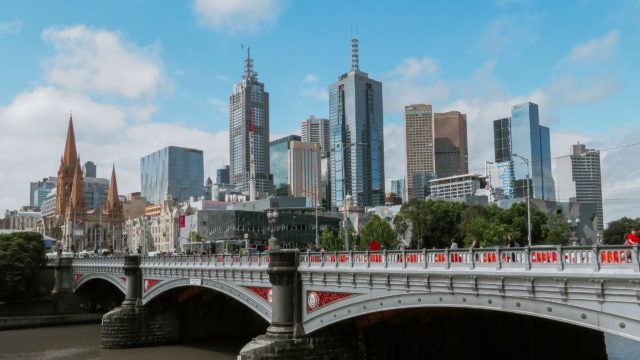 Both Americans and Australians should know more about two Aussies, Harry Bridges and Rosemary Gillespie.

From Counter-Terrorism to Foreign Interference