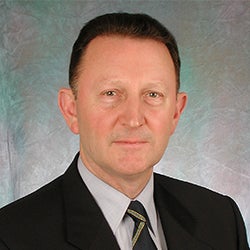 Dr. Richard Southby is Executive Dean and Distinguished Professor of Global Health in the Office of the Provost and Vice President for Health Affairs at The George Washington University Medical Center. He is also an Adjunct Professor of Preventive Medicine and Biometrics at the Uniformed Services University of the Health Sciences, Bethesda, Maryland.

Dean Southby joined The George Washington University faculty in 1979. Prior to his initial academic appointment at GW, Dean Southby served as Director of Health Services Research and Teaching in the School of Public Health and Tropical Medicine at The University of Sydney, Australia. Additionally, he was a member of the faculty of the Department of Social and Preventive Medicine at Monash University for ten years and served as a full-time Commissioner on the Australian Hospitals and Health Services Commission. Dean Southby is a Fellow of the Australian College of Health Service Executives; a Fellow of the Royal Society of Medicine, UK; an Honorary Fellow of the American College of Legal Medicine; and an Honorary Member of the Faculty of Public Health, Royal Colleges of Physicians of the United Kingdom. He is presently an Honorary Professor in the Department of Epidemiology and Preventive Medicine, in the Faculty of Medicine, Nursing and Health Sciences at Monash University. Dean Southby received a B.Com. degree from The University of Melbourne, Australia, in 1965, an M.P.A. degree from Cornell University, New York, in 1967, and a Ph.D. degree from Monash University, Australia, in 1973.