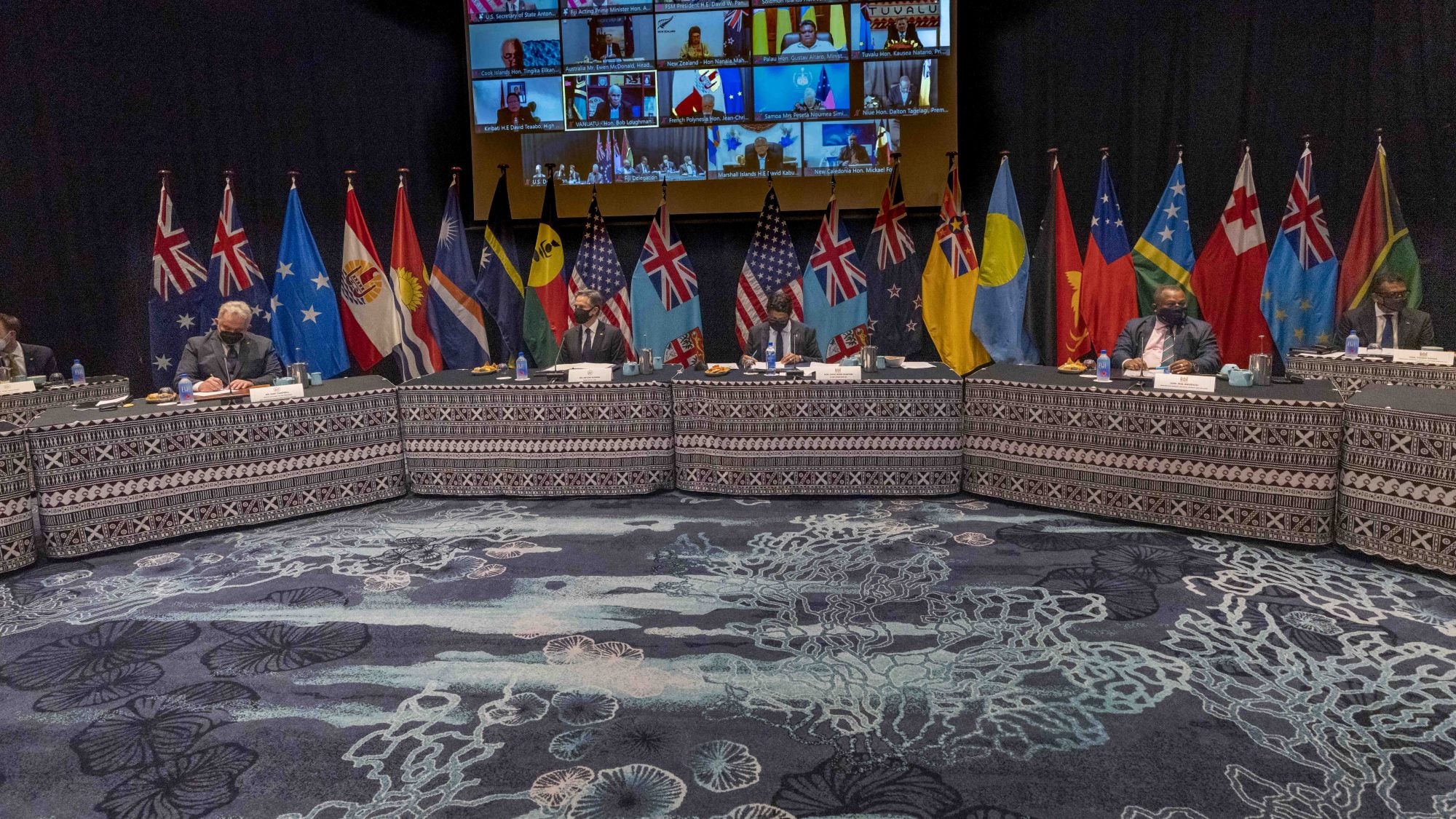 Title: We Can Work It Out: Improving U.S. Pacific Engagement 

Congress should pass, and the President should sign, legislation creating the permanent interagency working group on the Pacific. It would deliver immediate and effective coherence to US policy towards the Pacific. China’s successes in the Pacific come on the back of inefficient and slow steps taken by Washington. It doesn’t have to be this way.

The U.S. has a long history as a Pacific nation, stretching back to its very earliest days. From whaling to mining to travel and transport U.S. engagement with the Pacific has grown. World War 2 and its aftermath ratcheted up American involvement. Economic, defense and a host of other kinds of involvement grew. Importantly, the U.S. administered the UN Trust Territories of the Pacific. Today, the U.S. finds itself deeply involved. By some counts as many as 45 different agencies and departments play an active role in the Pacific. Managing these agencies, each with their legislative reasons for existence and disparate metrics for success has created a hodge-podge of U.S. government voices and interests. The hodge-podge of agencies and departments wouldn’t be so bad if not for strategic competition.

China’s outreach to the Pacific Island countries has complicated the task of managing the vast array of U.S. government actors. Coordinating and managing this has become challenging to say the least.

The U.S. is not alone in this challenge. Australia, an ally of the U.S. for well over 70 years, and the largest aid donor in the Pacific, remade their engagement with the Pacific by creating the Office of the Pacific within the Department of Foreign Affairs and Trade. It’s not a perfect solution, but it does recognize the complexity of the problem.

The U.S. has yet to take a similar step to give greater coherence to U.S. Pacific engagement.

In 2020 Congress passed the Maritime Security and Fisheries Enforcement (SAFE) Act which mandates a whole-of-government approach in countering illegal, unreported and unregulated (IUU) fishing and related threats to maritime security. The importance of the act becomes not only what actions need to be taken to counter IUU fishing, but also how the act mandates the way in which US agencies and department cooperate to address IUU fishing.

In practice, the legislation creates an interagency working group, with shared rotating leadership between the National Oceanic and Atmospheric Administration (NOAA), the DoS, and the Coast Guard. NOAA currently holds the chair. The legislation identifies thirteen areas of responsibility including “improving the coordination of Federal agencies to identify, interdict, investigate, prosecute, and dismantle IUU fishing operations and organizations perpetrating and knowingly benefitting from IUU fishing”.

The list of agencies and departments is daunting, impressive and instructive. The act creates the interagency working group that includes representatives from:

(1) the National Security Council;
(2) the Council on Environmental Quality;
(3) the Office of Management and Budget;
(4) the Office of Science and Technology Policy; and
(5) the Office of the United States Trade Representative.

Congress should use this legislation as a model for creating the ‘permanent interagency working group on the Pacific’. Agencies and departments can be added or subtracted as needed.

The working group is permanent because the U.S. Pacific Island interests are permanent.  Hawaii is the fiftieth state, Guam, the Commonwealth of the Northern Marianas and American Samoa together make U.S. interests in the Pacific Islands permanent.  Strategic competition in the Pacific simply compels America to get its Pacific house in order.  Failure to act is not an option in face of growing regional challenges from Beijing. If Washington is indeed serious about confronting the PRC, then it behooves both the executive and legislative branches to act. Creating the permanent working group on the Pacific does not require exhaustive study. It would be an agile step by the U.S., that can be easily adapted and updated as circumstances change.