Title: Negotiating a Solution to the PIF Membership Dispute 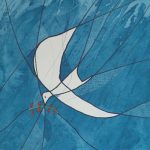 Pacific regionalism suffered a sharp blow in February 2021 when Pacific Islands Forum (PIF) leaders voted 9 – 8 to put Henry Puna, the former PM of the Cook Islands, into the secretary general’s seat.  Gerald Zackios, of the Marshall Islands, was the runner up.  As a result, the five Micronesian states – Marshall Islands, Federated States of Micronesia, Palau, Nauru and Kiribati – initiated their withdrawal from the PIF.  With that vote, the PIF shrank by nearly a third and the future of Pacific regionalism was called into question.  A pathway exists that can help heal the rift and put regionalism back on course.  A first step requires a fulsome characterization of the dispute, followed by an exploration of the dispute dynamics and only then can a dispute resolution process be considered.

Character of the dispute

Micronesian leaders claimed in early October 2020 that a ‘Gentleman’s agreement’ existed among the PIF leaders that would see a Micronesian succeed Dame Meg Taylor as secretary general.   The dispute over the selection of the secretary general has more complexity and depth running than some might expect.  At a deeper level four issues inform this dispute – trust, respect, agenda setting and potential opportunities.  The easiest to understand is the issue of trust.  The Micronesian leaders assert that an agreement was undertaken by the PIF members and later dishonored when PIF failed to select the Micronesian candidate.

Respect stands out an important driver in this dispute.  “This is something bigger than just the PIF secretary-general position — it’s about respect,” said Former Palauan president Tommy Remengesau Jr (https://www.abc.net.au/news/2021-02-09/five-micronesian-nations-set-to-quit-pacific-islands-forum/13133600).  The question of respect was highlighted months before the final vote in February 2021.  When the Micronesian leaders announced, in early October 2020, their intention to leave if other PIF members did not abide by the succession agreement Federated States of Micronesia President David Panuelo said, “The Micronesian sub-region is as much a part of the Pacific as Polynesia or Melanesia, and if they are unable to adhere to the Pacific Way of respect for others, including respect for our Gentleman’s Agreement, then the consequence is that we simply don’t engage with them or allow ourselves to be pushed around by people with ulterior motives in the PIF Secretariat. If this agreement is not honoured, I see no benefit to remaining in the PIF” (https://www.rnz.co.nz/international/pacific-news/427562/micronesian-nations-to-withdraw-from-forum-if-concerns-not-heeded).

Micronesian countries have complained that their voices often fail to find an outlet in the PIF.  Gerald Zackios observed that Micronesian perspectives are shunted off to the smaller states grouping from which their points of view rarely see the light of day (What’s Next in Pacific Regionalism? February 23, 2021, https://www.youtube.com/watch?v=TRpKVeQz27w).  He further observes that Micronesian views on reform of Pacific regionalism have been continuously studied within the forum but yet get no hearing.  He suggests that some PIF leaders, are wedded to seeing regionalism through the lens of very much larger bodies like the European Union.  Pacific regionalism, according to Zackios, must be nimble and take advantage of the unique characteristics found among small island nations.  In fact, he insists that his role as secretary general would have been intended as not being a continuation of business as usual, but rather would have been used as a springboard from which institutional reform could have been carried out.

Given the agenda concerns articulated by Zackios and other Micronesian leaders it should not come as surprise that a new secretariat has also been proposed.  President Aingimea of Nauru suggested in October 2020 that the Micronesian Presidents Summit might create a secretariat, which presumably would replace the PIF secretariat in Suva, Fiji.  As much as mistrust, disrespect and denial of an agenda setting function in the PIF are negative forces, the establishment of the MPS might well act as a positive force, attracting the interests and attention of the Micronesian countries.

Any dispute resolution effort requires the voices of the parties be heard.  The Micronesians have made their case.  Yet, what about the Melanesian and Polynesian subregions?  What is their view?  Is this dispute to be reduced to nothing more than an anti-Micronesian point of view?  Are there points of view that run counter to those put forward by Zackios?  Part of the difficulty in resolving this dispute is that Polynesian and Melanesia voices have gone mostly unheard. Would representatives of those sub-regions agree that Micronesians have been sidelined?  Would they offer a defense of that position?  Leaving so much unsaid simply deepens the sense of injustice.

Procedural fairness plays an important role in helping heal wounds, and it is as important in this case as it is in any dispute.  Procedural fairness, in the simplest terms, means that the reasons for a decision are given and understood by the recipient.  As it now stands procedural fairness was mostly missing from the selection of the secretary general of the PIF.   Also largely missing from the PIF decision was a relational perspective.  The Pacific Islands region can best be described by its ‘small vastness’.  Great distances separate these tightly knit communities.  Relationships count in the region and decisions taken at the cost of those relationships have tremendous implications.  The net result of the PIF secretary general decision has been pain and hurt.  Any attempt at reconciling parties will have to account for both the facts as well as the feelings associated with those decisions.

In an effort to engage in dispute resolution a platform must be available.  The platform should be out of view so that parties to the dispute can engage in open and honest communication, in full knowledge that what they say will not be made public.  In addition, the process must be accepted and entered into voluntarily by all parties.  Nor is this the space for outside parties to make proposals on how to reform the PIF.  Instead, effective dispute resolution in this context should be driven by the parties themselves without input from external parties.  Ideally, a senior leader should be identified to facilitate the discussions.  Perhaps an Eminent Persons Group might be formed from those outside the region to convene sessions in which the parties can discuss how they can repair the PIF.   The challenge in these COVID times will be to find a venue that can be accessed, face-to-face, by the parties.  It is also important that sufficient time be put aside to allow leaders to engage in these meetings.  Reconciliation and dispute resolution will prove important in future success Pacific regionalism.  And, the costs of intra-regional dispute are too high to be left for some future moment.