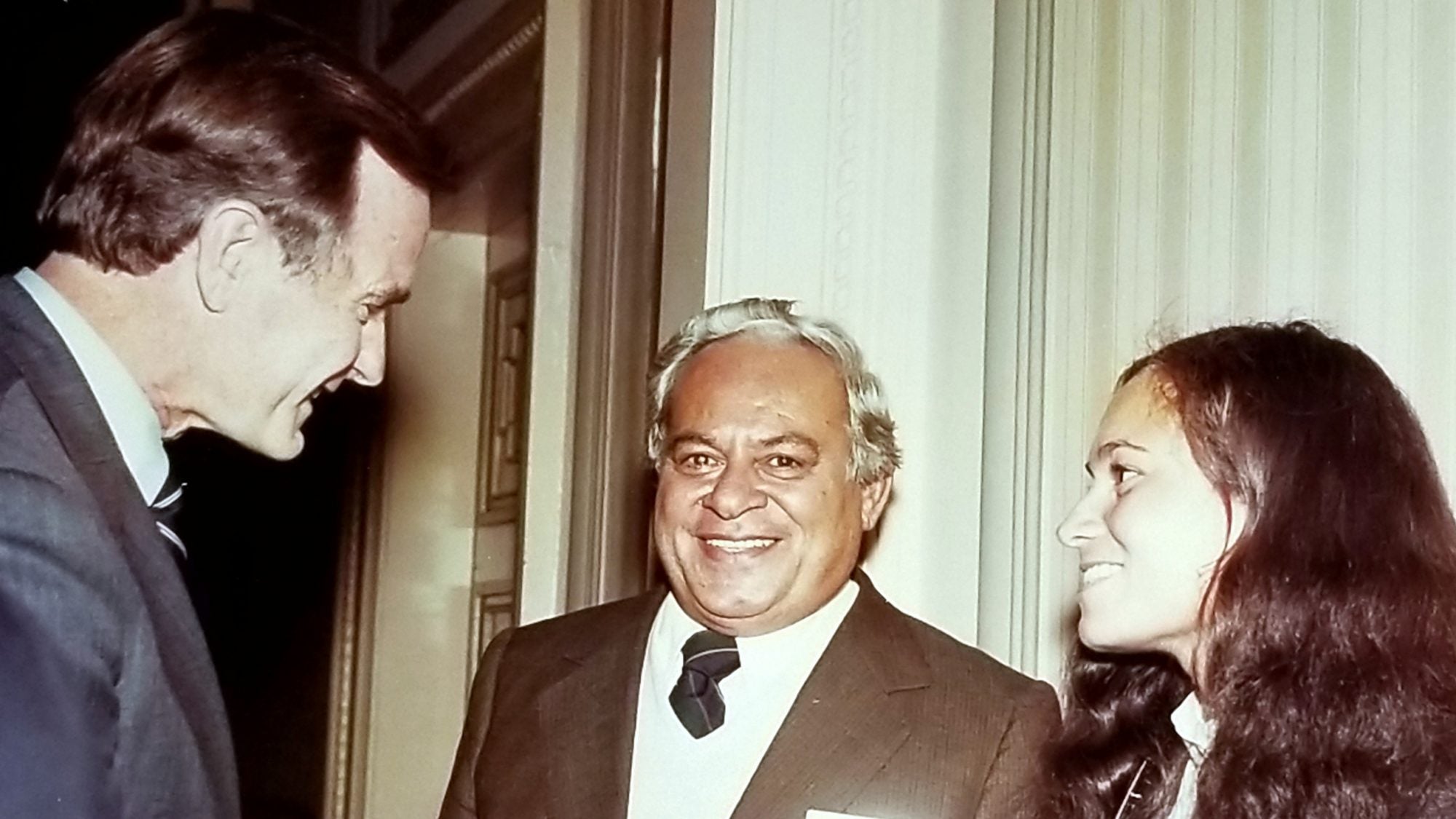 “Come let us build for the future in partnership,” wrote Peter Tali Coleman in 1982. He explained that the twenty-six Pacific island governments represented at the South Pacific Conference, held in Pago Pago, American Samoa, would come together to discuss economic, health and development issues. As governor of American Samoa, he played host to the South Pacific Conference. Beyond that he remains one of the longest serving governors in American history. This month we will celebrate Coleman’s 101 birthday.

Coleman, a Georgetown trained lawyer, was first appointed governor in 1956 by President Eisenhower for a four-year term. In 1978, Coleman successfully sought popular election as governor and served until 1985, and then again from 1989 to 1993. He was a passionate advocate for American Samoa and for the people of the Pacific.

Governor Coleman never missed an opportunity to promote his homeland, American Samoa. When the Washington Post published an article on December 22, 1989 condemning questionable Congressional travel, they also printed a sidebar column that discussed travel to American Samoa by a Congressional staff member. The implication was clear, this staff member was using travel entitlements for a quick tropical island trip. Coleman quickly poured cold water on the story. In a letter to the editor he reminded readers just how important Congress is to American Samoa. He wryly commented that “Visitors from Washington spend much more time touring power plants and fuel depots than being winded and dined.”

He infused his work with his personal warmth. Writing in 1960 to Mary Jane Henrickson he thanked her for her work at the Teacher’s Institute, commenting that American Samoa would be happy to welcome her back any time.

The South Pacific Conference was held in Pago Pago in 1982. In advance of that international meeting, bringing together leaders from around the Pacific Islands, Coleman wrote about the Pacific peoples and cultures. He explained that Pacific peoples are not “…competitive, aggressive or individualistic in the Western definitions of those terms. Rather, Pacific Islanders deal with people first by studying personality.” Coleman wrote that sincerity, to Pacific Island peoples perception, is the key to personal relationships. These views are not unique to Coleman, they have been expressed time and again by Pacific Island leaders.

Peter Tali Coleman was born in Pago Pago in 1919. He served in the US Army in World War II. In December 1941 he was stationed on Oahu at Schofield Barracks. During the Japanese attack his vehicle was strafed. Coleman also served in Guadalcanal and retired as Captain. He graduated with a bachelor’s degree in economics and a law degree both from Georgetown University. He passed away in 1997. His daughter, Congresswoman Amata Radewagen, was elected as American Samoa’s representative in 2014.